Contact us to discuss your migration or modernization project today!

#1: Mobile Computing Then and Now: From Windows CE to Android 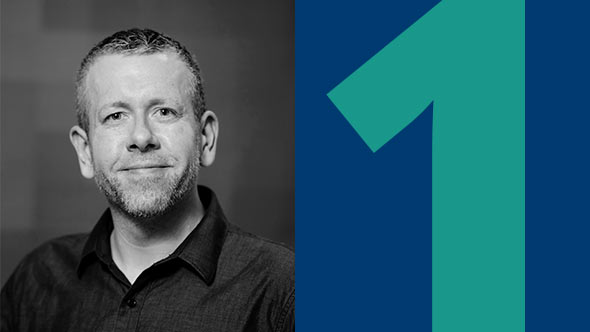 We kick-off our Android in the Enterprise Interview Series by discussing the history of mobile operating systems. Then, we delve into the differences between Microsoft CE and Android and how these differences can be leveraged for the enterprise. 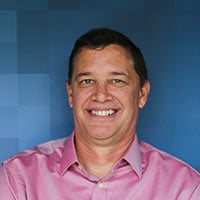 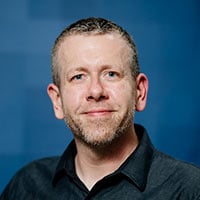 Greg Henry: [00:00:00] Hello, this is Greg Henry, Vice-President of Client Solutions for Barcoding, Inc. and welcome to our first session in a five-part series called Android in the Enterprise. Joining me today is Martin Jack, CIO of Barcoding, Inc. and Brian Harvey, Senior Systems Engineer with Barcoding, as well.

[00:00:59] For most of the 20th century, Windows CE, in one form or another, dominated the Enterprise space. However, in recent years, the Android and iOS operating systems began to get noticed in the Enterprise as smartphones took hold. Several years ago, Microsoft announced it will not support Windows CE beyond the year 2020, and as a result, many of the ruggedized manufacturers have adopted Android as their platform going forward. In kind, Android added a lot of extensions that were required to be adopted by the Enterprise, largely based on security deployment capabilities, which really helped the marketplace transition from CE to Android. This is background information. Now, we're going to explore some of the differences and opportunities that Android offers Enterprise users.

[00:01:58] Martin, can you discuss some of the differences between Microsoft CE and Android and how Enterprises can leverage these differences?

Martin Jack: [00:02:06] Yes, Greg. So, it's important to note that Android was designed from the ground up as a mobile operating system. For that reason, we are able to accomplish things that are not possible with Microsoft CE, such as over the air updates to the operating system and overall management of applications. These features give us the ability to deploy updates and security patches to remote users, providing a better user experience. The ability for mobile apps to seamlessly interact with resources on the device is also a big difference between Windows CE and Android. What that means is with Windows CE, if an application utilizes a port, that application alone would have access to it. With Android, we have the ability to share resources such as the GPS, Bluetooth, the scanner, and the camera, allowing multiple apps to do more with the device resources.

Greg Henry: [00:03:00] One of the big differences we've seen with Android is versions are released much faster, more often than previous operating systems, and there also appears to be some hardware-related dependencies as well.

[00:03:13] Brian, can you talk about what some of those Hardware dependencies are that we've experienced and what this may mean for Enterprise users going forward?

Brian Harvey: [00:03:21] So, what we need to understand with Enterprise devices is that not every operating system version will be available as they go forward, due to hardware limitations. Manufacturers may be able to support one or two versions, and sometimes four versions, but a device that's purchased today may not be able to support the most recent version of Android in a few years from now.

[00:03:43] The good thing is, Enterprise manufacturers are working directly with Google in providing security updates and patches that are available for the operating system that are supported to keep the devices as compliant as possible.

Greg Henry: [00:03:54] Great insight there, Brian. What that really translates to is for those customers that have been used to very long device refresh cycles—say five, six, seven, or more years —and as it looks right now with Android, if you want to stay current, you’re probably going to have to refresh your Hardware more often. We'll see what happens over the coming years if that holds true or not, but just one thing to really take notice from what we know right now.

[00:04:23] Martin, in addition to these hardware dependencies and frequent OS and security updates, how does that play into overall device and application management? Can you talk about how the Enterprise is going to keep up with all these changes? For instance, MDM tools, or other things like that that they should consider.

Martin Jack: [00:04:46] Sure! So, as previously mentioned, one of the advantages of Android is the ability for the device manufacturer and software vendors to be able to push out software updates over the air.

[00:04:57] Now, for the OS, this is normally built into the device—all that can be controlled at the Enterprise level for software applications. Many users are familiar with Google Play and the Apple App Store. That's the way to get the latest versions of the apps. This works great for consumers, but it's really not a good solution for Enterprises.

[00:05:16] So, at the Enterprise level, it is important to manage what manufacturer specific updates get pushed to the devices, what apps run on the devices, who has permission to use them, and when software app updates are pushed out. For that reason, we rely heavily on Enterprise Mobility management tools to manage Android devices.

[00:05:36] So, using these tools, Greg, we can push out OS updates and software updates. Lockdown the screens, whitelist apps, disable certain resources such as the mic and camera, and a whole lot more. In addition, unlike Windows CE, the data that belongs to an Android app can only be seen by that app, which helps provide a safer user environment for the users of these new Android devices.

Greg Henry: [00:06:03] That's great information Martin and actually, Brian, you had great information as well! I want to thank you both for sharing your thoughts and your real-world experience. This concludes our first session of Android in the Enterprise. During our next session, we will be discussing how to get started with Android. I want to thank all you out there for listening and I'm looking forward to our next session.

#2: How to Start Modernizing your Mobile Computing Applications

If there's one thing we learned as we've collected this research is that you shouldn't do it alone. With over 20 years of experience, Barcoding has built an ecosystem of products and services to support our customers and help them be more efficient, accurate, and connected. We're here for you. Contact us to discuss your migration or modernization project today!

Barcoding is a supply chain automation and innovation company that helps organizations be more efficient, accurate, and connected. With extensive subject matter expertise in data capture, labeling and printing, and mobile computing, we are trusted to build and manage solutions for some of the best IT and operations teams in the world. Founded in 1998, Barcoding is headquartered in Baltimore, MD, with offices across North America (Chicago, Houston, Seattle, Montreal, Toronto, and Vancouver). For more information, visit www.barcoding.com and barcoding-canada.ca.